Mark “Traa” Daniels is the bass guitarist of the San Diego rock band P.O.D. He has been a member since 1994 and has performed on all of the band’s official records. The band has released ten albums – Snuff the Punk, Brown, Payable on Death Live, The Fundamental Elements of Southtown, Satellite, Payable on Death, Testify, Greatest Hits: The Atlantic Years, When Angels & Serpents Dance and Murdered Love. Traa is married and has two children, and as a bassist, has a jazz and funk background. He is the oldest member of P.O.D. 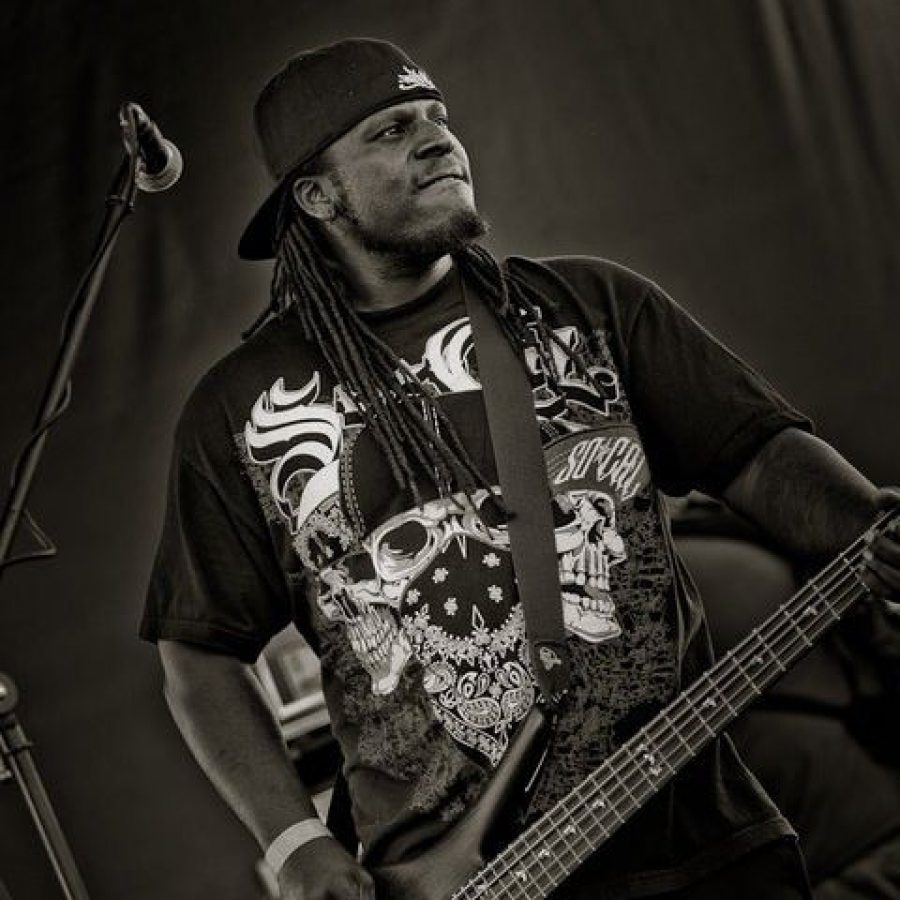